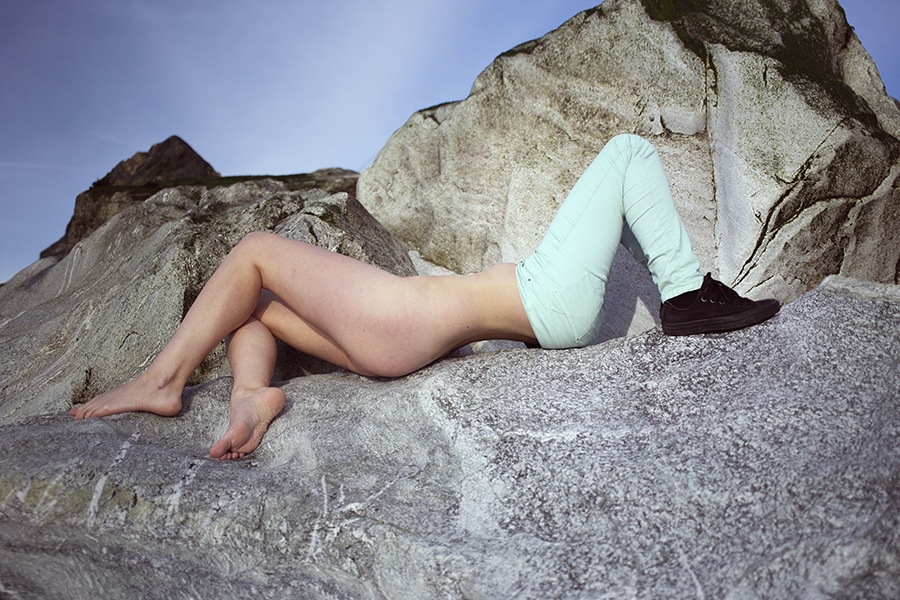 We all say we don't care about what people say, I say it too. However, yesterday I proved myself wrong.

I was cycling along the beach when I saw those beautiful rocks and I thought I'd like to shoot a picture on them.

I looked around and saw some people. An old lady with a dog. A family with two kids and another dog. A cuddly couple. Three friends drinking beer.

The beach was big and they were quite far away, but it would be obvious that there was a naked person doing weird things on the rocks even from the distance. I felt shy.

So I took some pictures with my clothes on to check the framing and I smoked a cigarette waiting for a moment of privacy.

When most people left, I discreetly took my clothes off and tried to shoot the three pictures I needed, but I took the first one and my battery died.

When I realised, I started shouting at my camera.. En serio? Venga ho! Ahora te apagas cabrona? Me cagüen todo!

Of course, by then more people had shown up and they were looking at the angry naked person shaking something in the air.

It's not the first time that I lose the opportunity of doing something I want because I'm scared of what people would say. But you know what? Even trying to be careful and neglecting my own wishes all my life, people still talk shit about me.